Launched in early 2015, this business has been referred to by Amazon executives as the "Williams Sonoma of Amazon."

Many of the products that have been featured in the Huffington Post, The Knot, Forbes and on television and Kickstarter.

The business generates over 95% of its revenues from Amazon, and has a total of three brands (kitchen, home and comfort) in one seller account. The original brand focusing on kitchen products generates 77% of the TTM revenues, with the home brand at 22% and the comfort brand, just launched in 2018 generates 1%.

Revenues are spread nicely among many top selling SKUs, with the top five generating less than 40% combined. Seven new SKUs were launched in TTM and already represent nearly 7% of revenues. The trailing 12 month revenues are up 86% over the previous year. The business is being sold to focus on another venture.

WHY SELL? In 2018 the owners had their first child, and launched a second business, all within a few months of each other The second business has taken off and requires much more of their time during the start-up phase, as they always do. And babies...well if you don't have any yet, you'll understand someday! Selling this business seems like a natural entrepreneurial progression and choice. 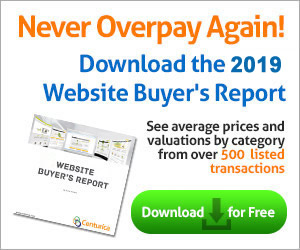